I have been experimenting with a number of digital modes recently including PSK31/63 and RTTY but I came across an interesting article about JT65a and decided to give it a try.

So I downloaded the JT65-HF software and had a play!

The first thing that you will notice about JT65a is how structured the QSOs are. This is due to the limit of 13 characters per "over" and the fact that each over takes 1 minute (actually 48 seconds transmitting and 12 seconds waiting). 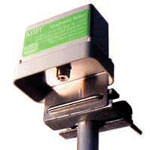 My first day as an amateur

So after nearly 30 years of being an occasional SWL (short wave listener) I finally received my license yesterday. Having spent the last few weeks buying equipment and playing with different antennas, finally here is what I am now operating with:

So once I had registered on the OFCOM website and received my callsign, I was about to go and turn on my rig when I heard a thunderstorm rumbling overhead. As I had not fitted any lightning arrestors to my antennas, I quickly unplugged the PL259's and waited for the storm to pass.

After a while I reconnected everything, fired-up WinWarbler and had a listen for some PSK31 on 20M. I had been monitoring this band for some weeks but after configuring the software with my callsign, I finally hit the CQ button and....

Nothing happened! After a couple more attempts, I got a response from somebody in Poland! My first ever QSO!

This was a short QSO as I was a bit overwhelmed to be honest and not really sure what to say or do (even though I had been listening for quite a while when it came down to it I couldn't think).

After that I had a scan around 20M for a while and as it was getting later, the band was starting to close so I hopped over to 40M and grabbed the microphone. I tried responding to a number of individual CQs and pile-ups but got no response. This started to get frustrating and I thought that maybe my offset dipole wasn't working very well or that 10W just wasn't enough power?

After a frustrating hour or so responding to about half a dozen such CQs, I happened to glance over at the power meter on my IC-7100 and noticed that it was hardly moving. Suddenly I had a lightbulb moment, the audio input was still set to USB from my playing with PSK31! I have since discovered the USB-D/LSB-D modes on the IC-7100 which allow you to select seperate inputs for data and non-data modes!

I configured the audio input to MIC and immediately responded to a CQ from a Spanish ham and sure enough, he replied. After another short QSO as he was struggling to hear me (my report was 56/57 whereas he was 59+20) I completed my second QSO and as it was getting late, decided it was time for bed.

So a slightly frustrating but interesting first evening operating and I'm sure as my confidence and abilities improve, I will achieve more than 2 QSOs in a day!